Our recent temperatures have conspired to make me think 20 degrees (-7C) is going to feel pleasant on Saturday. Normally, I would just layer up ridiculously for skiing, but me skiing doesn’t do much by way of exercising the dog. So lately I’ve taken to wearing thick, windproof gear that I can unzip during a run, which keeps me warm even at windchills below zero. On a side note, running uphill on unpacked fresh powder is almost as fun as running uphill in sand. You can tuck that little tidbit away for later. You’re welcome 😉

Howdy, neighbors? (Taken during a particularly heavy snowburst this afternoon)

With the brutal weather, early sunsets (it dips below the horizon precisely at 5:00pm now, but we’ll be on the rebound next Wednesday!), and weekend-only (for now) skiing, we haven’t had many non-puppy-walking opportunities to be outside. However, that’s worked in our favor the past couple days. We spent nine hours making candy for dear ones, and you’d be hard-pressed to convince me to stay inside that long on a pleasant evening.

I didn’t take any photos of the candy, so here’s a Christmas-y vignette instead 🙂 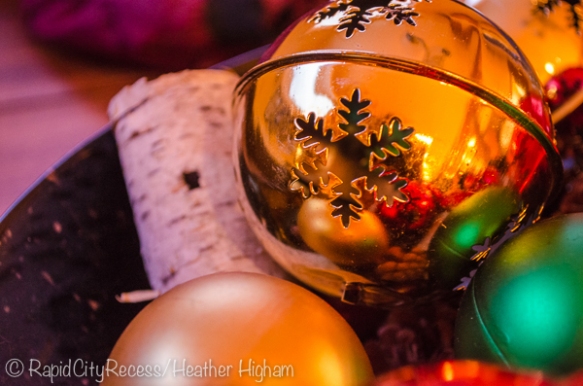 We packed it all up last night, and then headed to Alden – where our neighbor’s office is – this afternoon for a delivery. We joked with him about hanging out at the marina down the street…and then promptly did just that upon leaving him with goodies.

There was a sliver of clear sky overhead, a little bubble of clarity amid the constant snow, that allowed the sun to peak through. I again marveled at the drama in the heavens as I tottered out to the icy edge. The angry winds tossed a bit of Torch Lake on me as I snapped images of the directionally forming ice.

Though the sky and lake beckoned convincingly, my aching fingers eventually shouted loudly enough at me that I returned to the car. It was a close call, I tell ya. One thing those frigid temps are good for, though, is frosting our windows. Well, that, and it makes me wanna bake. It’s sure beginning to feel a lot like Christmas!

Does the cold weather make you want to bake? Or play? Or hide in front of a fire under a blanket (I’m doing that right now 😉 ) 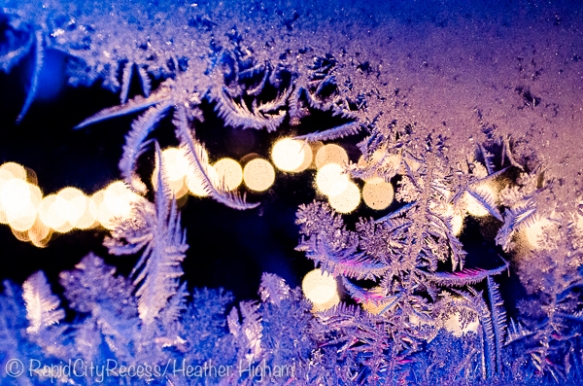