This time of year is difficult for me. I’m an outdoors girl – I think we all know that by now – and it is tough to get in enough nature time. I’m not a morning person, but that matters less and less, since the sun isn’t a morning person right now either. Or an evening person. With a sunrise around 8:00 a.m. and sunset around 5:00 p.m. there just isn’t much day in the day.

So the other day, when the sun peaked out for a bit during the morning hours, I went traipsing about.

I stopped just over the hill at the Seven Bridges Natural Area, where I was the first person to walk the snowy trails. There were some old footprints that had been covered in several inches of fresh snow, but that day it was just me and talkative river. 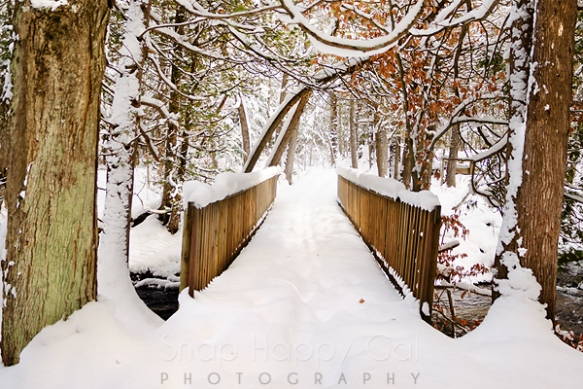 Nature seems so desolate in November, void of color, but full of detritus. A girl can become downright depressed. In some ways, then, we’ve been blessed by the early heavy snows. 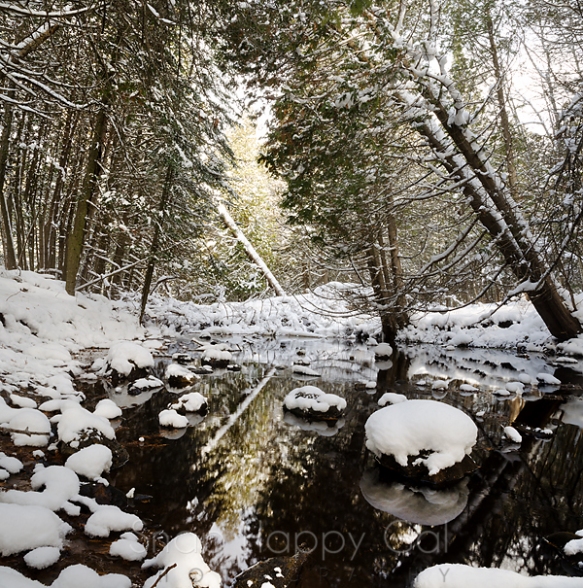 Winter will likely again feel too long this year, but the snow adds a cheerful touch for which I’m thankful. 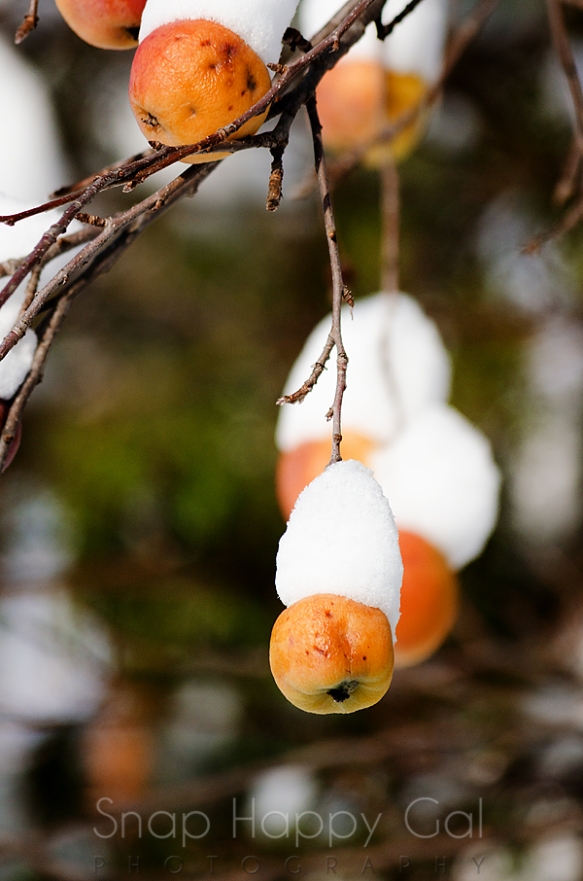 Yes, I am thankful for the snow, but I am also grateful for the past two days of rain that have melted most of it. It’s dreary as dreary out, but November is awfully early to be contemplating where to stack the snow from the driveway.