Spring might be in the air, but winter is still on the ground. I pretended it wasn’t yesterday morning, and took Petey on his walk in running shoes. I even ran for a couple minutes at my new cadence. It wasn’t fun – it feels like I’m Velma Dinkley with a tiny stride. But it fits my short legs better, so I’ll incur less joint damage and therefore less pain this way.

We had some errands to run yesterday, and we knew we’d want to walk around town, so we let Pete be a wild man at Hickory Meadows.

Actually, we let him roam off leash until other dogs and their owners approached, and then we on-leashed him until we got the go-ahead. Petey can come on a little strong, and not everyone responds well to that. I just wished they realized that having their dogs unleashed and uncontrolled kind of drives our dog nuts (which is not the same as doughnuts). Anyway, that’s neither here nor there.

Petey had a big time with several new canine pals, and ended up panting despite the 50-degrees with a breeze and mushy snow pack. In fact, he got so toasty that he tunneled through the snow, and wallowed around like a pig in that stuff pigs like to roll in. I’ll post a video later on Instagram (you don’t have to be on Instagram to view photos or videos in my stream) or on Facebook if you want to see his shenanigans. 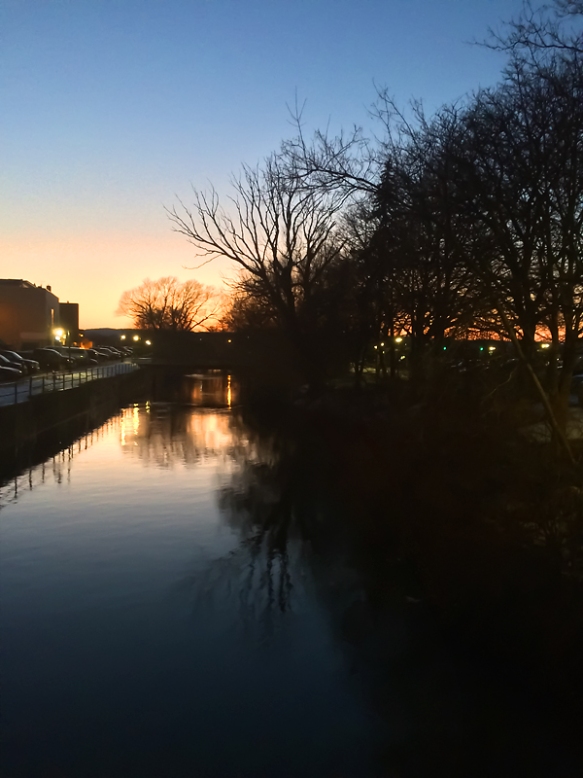 The upshot of all this was that we enjoyed one of the most laid back walks through downtown Traverse City that we’ve ever had. Petey was mellower even than our sunset, and we felt absolutely at peace. Except for the chill creeping in, because as I said – it’s still winter on the ground even if it is melting away. 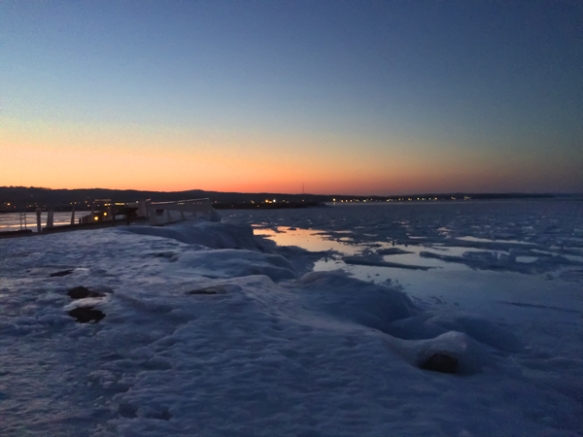 21 thoughts on “Some Words on Wednesday”