Friday night dropped a bit of freezing rain on our packed snow roads, meaning that Saturday we were housebound. For most of the day, the roads were so slippery I didn’t even feel safe walking on them, YakTrax or no. We lazed the day pleasantly away with books and video games, but come Sunday – after some much-needed grit had been applied to the roads, plus a fresh coat of grippy snow – we were ready to get out. I wasn’t kidding; that cabin-fever thing happens quickly ’round these parts!

Like good parents, we gathered all our puppy paraphernalia and loaded it along with Petey into the car before taking off. Because it’s been a while since we last visited, we aimed for the tip of the Leelanau Peninsula, specifically to the beach surrounding the Grand Traverse Lighthouse.

Even in the summer it’s not much of a beach. It’s more like a shallow grave for glacier-tumbled granite remains. In the winter…well: 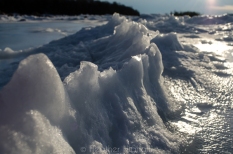 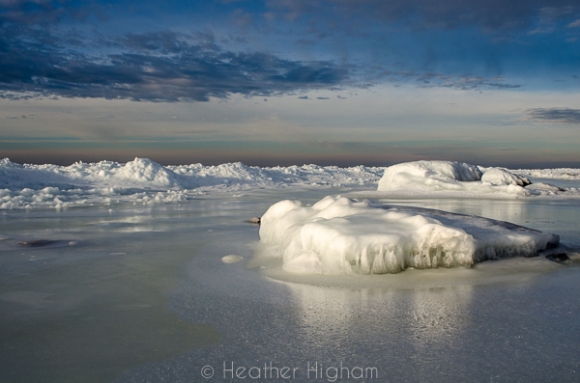 Which is not to say we were disappointed; obviously, the place was ripe with photo opportunities. We just didn’t set any records for Most Distance Walked on a beach outing. 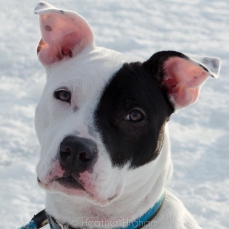 After the camera had had its fill, we skittered back over the ice into the car, and aimed for the open waters at Peterson Park. For a fairly sedate day – low winds, pretty but not amazing sunset – the shoreline was dramatic. Deep pink tinged the sky to the south as the lemony sun sunk behind the clouds. And I never tire of the turquoise waters. 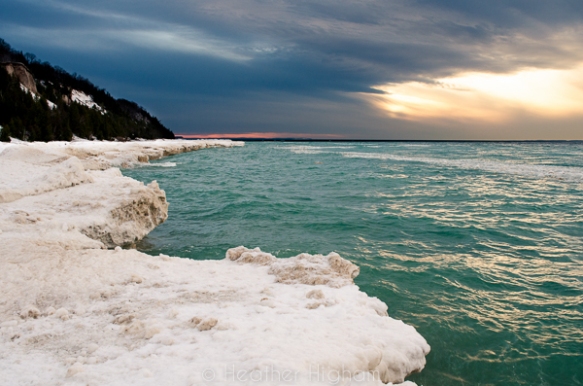 Ice mountains, volcanoes and caves littered the build-up along the shore. While Tony and Petey chased down smelly things (nothing too smelly – just rocks and hidden treats) closer to the treeline, I ventured out onto the ice, as you knew I would. 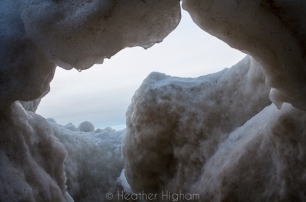 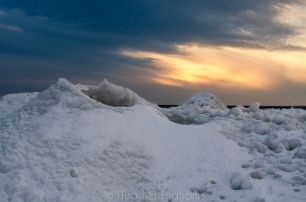 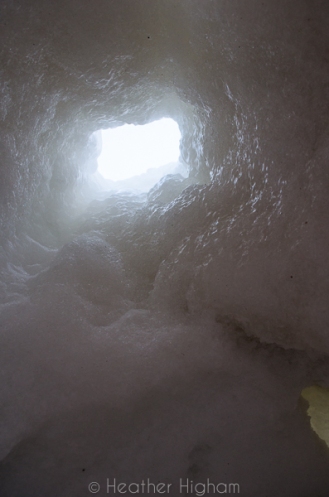 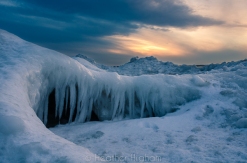 Occasionally, an errant wave threatened with overspray. I was lucky, managing to miss any freezing drops.

The camera was still hungry, but the sun had set and I was still wearing my sunglasses (“I wear my sunglasses at night!”), so before it got too dark we climbed the stairs back to the top. Then we began making our way up the snowy hill where we had left the car.

Sprawling birches and cactus-shaped pines requested I take their photographs. I obliged. While Petey enjoyed a snack, I grabbed the camera for one last snap, because I really liked the texture of the snow and the contrast the car’s headlights provided. Once Petey, the camera, and myself were all sated, we buckled up, and headed back home.

We’re expecting more freezing rain tonight, and then more snow, so I’m not sure what my next adventure will be. How about you? 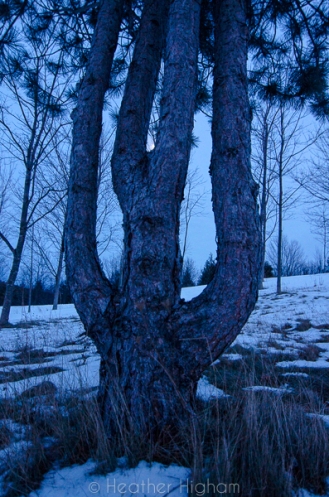 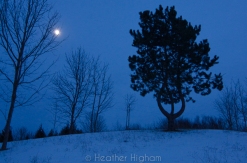 It seems to be a late spring for everyone, and while looking at the giant piles of snow in the front yard that the snowmobilers like to ramp, I was feeling doubly sorry for myself thinking we might never see our snowpack melt. Then I looked at some photos from this time two years ago – a little less snow on the ground, but there nonetheless. No crocuses, those first harbingers of spring, until mid-April. Sigh. END_OF_DOCUMENT_TOKEN_TO_BE_REPLACED